It certainly captured me and his arguments make a great deal of sense and challenge many long held views at to just how united Britannia was.


Indeed, if it ever was. Laycock does seem to concentrate more on what is now central, eastern and southeastern England and leaves the west to the work of Ken Dark. Never-the-less, I think this an excellent book that should be listed up there with the best. If nothing else, it will start fresh debates on the subject and the revaluation as to the worth of Bede and Gildas as historical sources. Three months before getting it :evil: Three days for reading it :twisted: Ok, I got only the last chapter left.

Very interesting so far. However I think it lacks a bit of hypothetis about northern and western Britain. History of sub-roman Britain is viewed in a whole new light, even if the concept of conflicts between civitates and kingdoms is not that new. Shame there seems to be little or nothing about figures such as Vortigern, Ambrosius, and battles such as Badon.

Impact of those wars on the migration to Gaul would be interesting to be studied aswell. I would be interested aswell in reading counter-arguments about Laycock's theories. Reading Patrick and Gildas, it seems there was a kind of Briton sense of nationality, nation not beeing always restricted to the civitas , and this is to be confirmed by the word later used by the Welsh to describe themselves, cumbrogi then cymri , "of the same country", despite rivalries and wars between their kingdoms.

It seems aswell Britons in Brittany had also such a distinctive identity, considering themselves as Romans Some comparisons in my mind would be the Greek cities states, despite beeing often in wars they still both view themselves as Hellenes, or the Irish kingdoms and their common Gaelic identity. Hi Ben. The up-shot of his theory would be seem to be that Vortigern used the Saxons to guard the Romanized southeast against the not so Romanized west, if the Dorchester settlement is anything to go by, as well as any east coast pirates. The word cymri doesn't come into use until much later and there's nothing to say that, just as the Scottish only really became united because of the English enemy, those who called themselves cymri including Cumbria did so in response to the Anglo-Saxon enemy in their most expansive stage.

Calling themselves "of the same country" or "fellow countrymen" could just as well refer to the fact they spoke roughly the same language at his point. However, it is very interesting that the Dumonians didn't call themselves thus, having more in common with Letavia. There have been arguments made that Cymri and Britons became to mean different things at different times with the south and southwest being referred to as Britons or West Welsh and the west and northwest as Cymri.

Gildas and Patrick wanted a united Britannia under the church, it doesn't mean that all the various warlords and kings thought the same way. Gildas saw the Romans as the saviours of Britannia and the Roman church would be the same.

Britannia, and its people, in their eyes were one and God's chosen people who had fallen from grace. Britons would be, in fact, either people who spoke Brythonic or its earlier forms, or simply people who were from the island of Britannia with no need for a meaning of unity or national identity between all the varying peoples who inhabited it although I think there was between Dumnonia and Letavia. As Laycock demonstrates, grave markers in Europe tended to say the civitas they were from rather than Britannia.

Having said all the above, you're right, he leaves a lot of question unexplord. By curiosity, does someone owns Laycock's book about roman military belt fittings in Britain? Does it cover much of the sub-roman period?

Lost Password? WorldCat is the world's largest library catalog, helping you find library materials online. Don't have an account? Your Web browser is not enabled for JavaScript. Some features of WorldCat will not be available.

Create lists, bibliographies and reviews: or. Search WorldCat Find items in libraries near you. Advanced Search Find a Library. 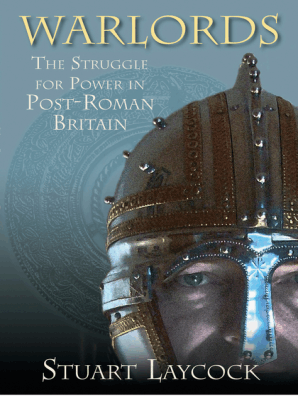